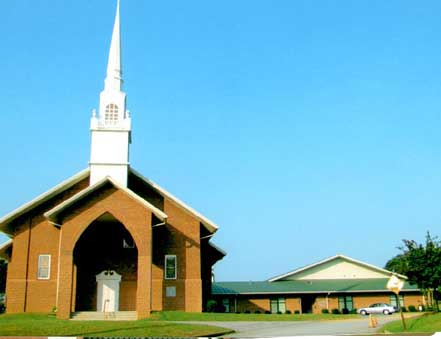 Shortly after the turn of the century, (1902) after migrating from the Mt. Moriah Baptist Church, a group of members and their families met in different homes to organize a new church. A little wooden structure on the corner of East Hampton Avenue and South Liberty Street served as their first edifice. Having organized themselves as a church, a discussion was held concerning a name for this spiritual group. It was agreed unanimously that the church would be named Majority Baptist Church.

During the early years of its development, the noted statesman and counselor, the late Dr. G.F. Mills helped to organize the church and served as its first pastor until his death in November of 1922.

While serving as pastor, Dr. Mills was not only interested in the spiritual needs of the members, but their social and educational needs as well. There was no elementary school in the community for African-American children, so he opened the doors of the little wooden church for children to come and attend classes where they learned to read and write. The congregation at "Majority" continued to increase, and the little white wooden structure could no longer accommodate the membership, so plans were made to expand the edifice.

The plan that the pastor and congregation used for expansion was to ask everyone who was interested to buy a brick at a cost of ten dollars ($10.00). A building project motto was taken from Nehemiah 4:6. "So build we the wall; for the people had a mind to work".

Unfortunately, before construction started, the first pastor, Reverend Mills became ill and passed. The congregation continued to work and raise money for materials to build, while initiating a search for a new pastor. After a period of time, the church called the late Reverend T. Elliott Hall.

Reverend Hall kept alive the desire to build, and actual construction on the old church building which faced West Park Avenue was begun under his leadership in 1924. Reverend Hall was noted for his ability to preach and sing. However, after a few short years the church was again in search of a pastor due to his untimely death. 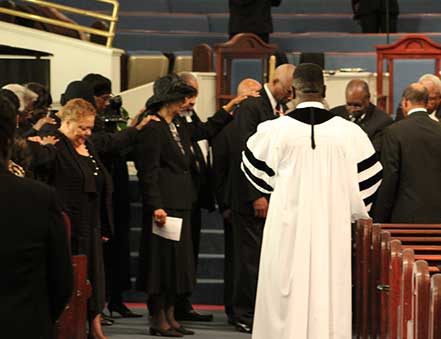 After thoroughly searching the area for another dedicated leader, the congregation called upon Dr. J.W. Coleman, known over the state for his ability to preach and build, to serve the church as pastor. He served the church well for a number of years before asking for a leave of absence. The construction of the church was completed during Dr. Coleman's tenure as pastor.

The Reverend J.S. Daniels was the fourth minister to serve "Majority". He was known throughout the community for his ability to counsel and advise. It was during this period of service that the church was able to pay off its indebtness. Reverend Daniels remained pastor until his death.

In the early 1950's, the noted Evangelist Reverend E.A. Davis assumed the responsibility as pastor of the church. However, he served only a few years before accepting a call to pastor a church in Trenton, New Jersey. In 1956 the church saw the beginning of a new era of leadership within the church when Dr. C.M. Johnson assumed the position of pastor. During his thirty-eight year tenure, the church grew spiritually, physically and financially contributing much to the Spartanburg Community.

The congregation continued to grow as many individuals accepted Jesus Christ as their Savior and others joined by Christian Experience or Letter. In 1966, under Dr. Johnson's leadership, an educational building was completed which consisted of a nursery, three departmental meeting rooms, classrooms and office space for the Sunday School Superintendant and Pastor. 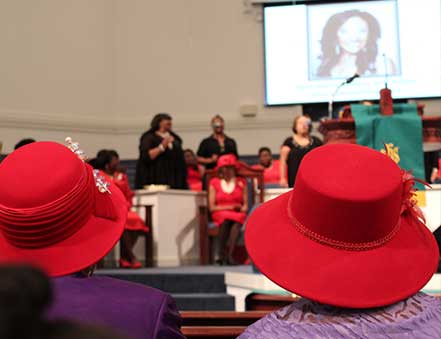 Church members pledged a specific amount of money each year to pay for the building. When the educational building mortgage was paid, Pastor Johnson asked the members to continue to "pledge" for the building which helped the church grow financially. After an outstanding administration, and many years of dedicated leadership as Majority's longest serving pastor, Dr. Johnson retired from Majority in January of 1994.

In 1995 the church called Reverend James L. Hailstock as its next pastor. During Reverend Hailstock's tenure the new and current church structure was built and completed in 1998. Reverend Hailstock served as pastor of Majority until 2005. On January 1, 2006 Majority called its eighth and current pastor the Reverend Marcell D. Bush. Under Pastor Bush's leadership the church is beginning a "New Era of Service and Excellence" where the church cherishes the motto: "A People Growing in Faith Where Everybody is Special". By the help and grace of God, Majority holds firm to the belief that her best days are still ahead of her.