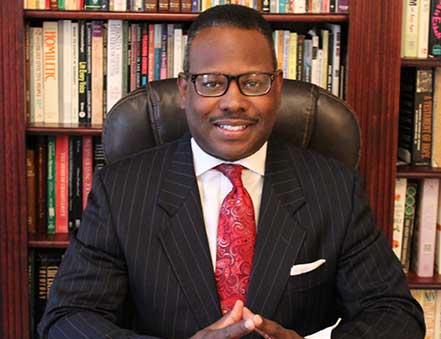 After graduating from college Reverend Bush accepted a position with the St Paul Insurance Companies as a medical and liability claims adjuster in Washington D.C., and then a second position with Wachovia National Bank (formerly First Union) and was elevated to the position of Assistant Vice President in the Bank's Retail and Commercial Banking Divisions in Charlotte North Carolina.

Reverend Bush served for three and a half years as the full time Minister of Youth and Christian Education at Mount Carmel Baptist Church in Charlotte North Carolina where the Reverend Dr. Casey R. Kimbrough is the Senior Pastor.

On January 1, 2006 Reverend Bush was called to the Majority Baptist Church in Spartanburg South Carolina where he is currently serving as Senior Pastor.

He has been happily married to the former Ms. Anita Kincy, of Carthage North Carolina for sixteen years, and they have three children Morgan, Rori, and Chelsea.

Reverend Bush's Personal motto is: "If I can just help somebody, then my living will not be in vain."